Helen’s Stopped People Pleasing, Could You?

Helen was a client of mine who was struggling at work, because she was being bullied by a colleague. When she came to see me she felt her confidence was very low and she wanted to leave her job.  I quickly picked up that people pleasing was part of Helen’s issue.

In work, Helen was seen as very kind and thoughtful. She was always helping others with their work, she never complained or said “no”. This, unfortunately, meant not only was she exhausted from not looking after herself but she was also vulnerable to a mean and controlling colleague.

Bullies will pick on people pleasers, as they are less likely to fight back or complain. In Helen’s case, her colleague never did her share of the work, took advantage of Helen’s willingness to work long hours and was derogatory about Helen to her face and behind her back.

Helen’s reaction had been to be even more helpful and polite, as she thought it would keep the peace. Until she reached the point where she’d had enough, and if I couldn’t help she was going to quit her job.

I worked with Helen on her beliefs about herself and the world, and what had caused this need to please others. Her issue was a fear of rejection and as a child, she’d picked up the belief that:

“If I don’t do everything I can to make a person happy they might leave or stop caring for me.”

From this, she’d developed the habit of people pleasing and never putting her needs first.

Helen is still on the journey to building her self-worth and confidence, as it doesn’t change overnight. She is in a much happier place and is looking to change job, not because of the colleague, though, instead she wants to start fresh in a new environment.

I asked her what had made the biggest difference in our sessions? She believed it was starting to build her awareness of her behaviours and challenging her belief about being rejected.

As a result, she’s been able to think about what are her needs and wants, rather than just pleasing the other person.

If you recognise yourself in some of Helen’s story and would like to change, then I suggest you begin to take notice of when and in what situation you are people pleasing.

Also when you are doing something, are you doing it just to please someone else, or because you’re afraid of the consequences if you don’t?

If you have uncomfortable emotions after being with someone, is that because you’ve agreed to do something you didn’t want to or have you not spoken up out of fear of their reaction?

Challenge yourself to make today the first day you recognise and change these habits. Remember you are not being selfish, instead, you’re respecting both your needs and those of the other person. 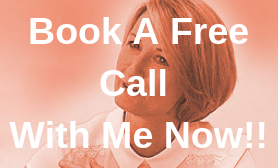