A study of women’s confidence commissioned by vitamins, minerals and health supplements firm Healthspan was announced this week.  The study was reported in the press below:

The research of 2,000 females aged 50 and above found levels of confidence are low among one in 10. 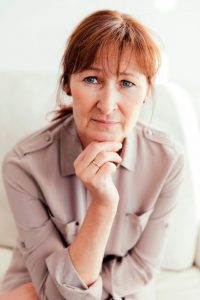 The results suggested that a lack of confidence and self-esteem is causing women over 50 to feel depressed, anxious and even ‘trapped’.

Researchers identified the triggers which cause this negative impact on confidence as weight gain (27 per cent), a feeling of isolation (23 per cent) and a loss of libido (18 per cent).

Worryingly, a lack of confidence has prevented a quarter from socialising with their friends, held 22 per cent back in their career and had a negative effect on family life among nine per cent.

It also emerged the menopause is a huge trigger on a woman’s confidence levels with 29 per cent saying the impact of ‘the change’ is under-rated.

A third even went as far as to say they no longer feel like the person they once were.

Dr Meg Arroll, a psychologist specialising in health who works with Healthspan, said: “This survey has highlighted the degree to which women’s confidence and mental health can be affected by getting older – and our ageist society has played a role here.

“The more we discuss this openly, the more we can protect women’s mental health as nearly 30 per cent of the survey respondents said they felt the impact of the peri-menopause and the menopause was under-rated.

“However, we must also celebrate age and experience, as over a third of the women stated that they felt comfortable in their own skin, with more saying that they believed confidence was highest during their 50s than any other decade.

“Therefore, it’s important to both tackle the underlying triggers for confidence drains, whilst focusing on the areas that make women in midlife unstoppable.”

The study found poor memory recall, not feeling as fit as you once were and going through the menopause are among the triggers most likely to affect a woman’s confidence. With four in 10 said hot flushes at work have also had a negative impact on their confidence.

But it’s not all doom and gloom, with being of an age where you feel comfortable in your own skin named as the biggest confidence booster, along with a ‘killer’ outfit and hearing the words ‘I love you’.

Other confidence boosters revealed in the survey carried out via OnePoll, include taking part in hobbies, being self-sufficient and spending time with friends.

TOP 20 CONFIDENCE BLOWS FOR WOMEN OVER 50…

TOP 20 CONFIDENCE BOOSTERS FOR WOMEN OVER 50…

Do any of the blows or boosters resonate with you?

If you’d like to discuss your personal confidence challenges, then do book a free Discovery Call with me at www.speakwithjo.com

If you heard your colleagues whispering would you assume it’s about you? When your boss is in a bad mood do you worry it’s something you’ve done wrong? Then I’m sure you’re aware that you’re taking things personally .     One of the reasons we do this is because understandably, we are often at…

We all have our coping mechanisms for dealing with uncomfortable negative emotions. Whether it’s food, wine, exercise, anger or sex… that isn’t important.     It’s that thing you turn to when you feel stressed, sad, frightened, anxious, confused or simply bored.   In my case, I would usually reach out to food or wine for…

I can still remember the excitement and anxiety I felt when I coached my first paying client. I knew all the theory and had practiced on many willing guinea pigs but the fear of “putting myself out there” was still very strong. Which was actually quite ironic, as I was a starting a business as…

4 Techniques to Help Perfectionists Enjoy Xmas Do any of these sound familiar to you? I must buy the perfect Xmas tree and decorate it perfectly with all lights and decorations evenly space I must decorate the house perfectly inside and out with a traditional with modern touch theme and a balanced look I must clean…

Confidence is our Natural State If you feel that you are low in self-confidence, then it’s likely that you believe you’ve always been that way. You may know that other factors will have influenced your confidence level, such as your parents, school, friends and society, but that’s just the way you are. I want to reassure…

It’s the Time of Year to be Kind to Yourself January and February can feel like bleak months, with celebrations over, dreary weather and New Year resolutions. However a shift in your perception can make them months in which you can prepare your mind and body for the year ahead. At the moment you may…