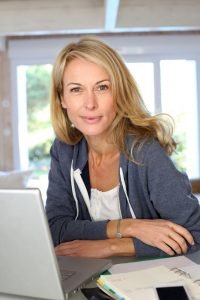 Think back, do any of these sound like situations you were criticised in?

These first experiences of negative feedback can really affect how we take criticism in the future.

I remember my older brother  (by 5 years) being really told off several times by my Dad.  That memory was enough to make me desperately want to avoid being shouted at by him and to not take criticism well all my life.

We often interpret criticism as being a rejection of us as a person rather than a criticism of a particular behaviour or action.

How do you react to criticism?

You may use some or all of these approaches and the key thing to notice is that in all of them the person doesn’t appear to have really listened and clarified what the criticism is really about.

I really must disagree with you, that wasn’t my responsibility, so lets discuss where the problems came from

I’m really surprised you think that,  can you explain how you got that impression?

Even if the criticism you receive is badly given, unjustified or given with a negative intention. You can still respond in an effective way, which allows you to speak up for yourself and maintain your relationship with the other person.

Criticism is a sensitive subject for most people and if you struggle to assert yourself when you receive it, do contact me for some support. You can book a free call at www.speakwithjo.

Can I ask you to share this article on social media using the buttons below, thank you.

Thursday was a bad day for me.     Firstly, Albie our Cocker Spaniel saw the postman before me as we left the house. His lead slipped out of my hand and he charged after the man with what sounded like an intention to kill. It was probably a bad day for the postman…

We’re into the final few days of 2016 now, where did it go! For some people it’s been a really tough year, but for most of us there will have been some wonderful and positive moments, along with possible setbacks and sadness. Year’s end is neither an end or a beginning, but a going on…

When I worked in the corporate world I remember the pressure I felt under to get promoted and be successful.   I’m not sure if that was driven by my own beliefs, by peer pressure or the culture in the company. But I do know it affected my confidence to go for career success.   One…

Are you Living a Life you Love? This is a difficult question to answer as everyone’s ‘life they love’ is different and individual. However these questions can be a starting point: Do you have a sense of purpose in your life? Could you describe your dreams for your future? Do you feel mainly satisfied and happy with…

Take the First Step to Building Your Confidence As a Confidence Coach you can appreciate that I regularly hear people saying “I‘m just not a confident person” or “I have always had low self-confidence issues“. However these are very general statements and just because you’ve felt lacking in confidence in one situation does’t mean that…

Do you have great expectations of Christmas? Do you see the warm and snuggly adverts of happy families and believe your Christmas will be just like that?   It’s very unlikely that many of us will achieve our idea of a perfect Christmas, but that doesn’t mean we can’t still have a fabulous time.  …