The Reason you can’t Change that Bad Habit 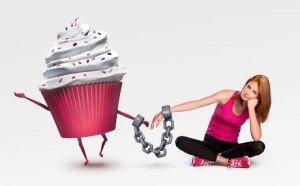 You may have been trying for years to change a bad habit, it could be drinking too much, eating too much chocolate or not exercising enough. If it’s still a problem then you obviously haven’t succeeded yet, so could your identity be the issue?

Your identity is the image you have of who you are and of what others think of you. It varies at different times and in different areas of your life and can be helpful in giving you purpose or can hold you back from making changes.

A client I worked with who was trying to reduce their drinking was blocked by an identity that clashed with the new habit she desired. She described herself as “not an alcoholic but I drink everyday and heavily at weekends”, she also said “I am the kind of social person who others see as fun, lively and says yes to everything”. If this was her identity how was she going to cut back on drinking?

So, if  you find it hard to change a habit, and keep trying and failing, it maybe an issue of identity is involved.

Your first step should be to identify how you would describe your current identity or how you think others would. Next think about how it would need to change for you to adopt a new habit.

It’s up to you then to decide if the pay off is worth it!

For more information on Confidence Coaching, please contact me

The Reason you can’t Change that Bad Habit

For most people Christmas is a wonderful time of year, but it can also be a stressful time when expectations of enjoyment are very high and the responsibility of getting it right can fall on you. Adverts showing beautifully set tables with mountains of food and happy families puts on pressure and the neighbours Las…

HOW DO YOUR COACHING PROGRAMMES WORK? 3-month Confidence Transformation Programme This is my most popular programme and has enabled all my clients to achieve amazing results!The results based programme involves working through agreed modules that are tailored to your needs whilst applying your new strategies and mindset to your role via ‘on the job’ coaching….

Are you happy at work? Is your job just a job or is it a career? Are you feeling stuck with no idea how to get out of your rut?     Then perhaps you need a push to step up and feel valued and recognised. Or some clarity on where you want to go…

We have all experienced that feeling of stress which makes your stomach churn, your heart beat faster and your mind struggle to focus. Whether it’s a last minute project at work you are trying to finish, a day rushing around with kids or just trying to fit too much into too little time, we are…

Self-critical thoughts are those negative words that prick and burst your balloon of confidence. However hard you try to squash and suppress them they can still pop up at the worst times. A client of mine, who is an excellent and committed teacher, found that her critical thoughts appeared whenever she was observed or appraised….