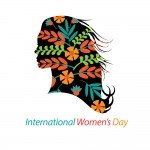 Today is International Women’s Day and this year the focus is on gender equality. In the UK we have made great progress but still have a way to go to achieve gender parity.

The World Economic Forum has ranked us 18th out of 145 countries in terms of the gender gap, which is an improvement on last year when we were 26th.

Looking back to when I was in my twenties I can see a big difference in the opportunities and expectations that women have now compared to then.

However there is much we can learn from those countries that are performing at the top of the World Economic Forum table.

Countries like Iceland, Finland and Norway have focused on supporting women in the workplace, education and retraining of women as well as recognising and rewarding those that show good practice in working to balance the gender gap.

With the majority of students now being women there is a great opportunity to ensure they have an equal chance at a career by offering flexible working, role models and keeping the issue of gender equality alive.

By passing on the message to our children that their goals are achievable whatever their sex, we all have the chance to reduce the timescale to when we achieve  gender parity which is currently estimated at 117 years.

If you’ve read my book Good Enough you’ll know from the first chapter that we are all born with innate self-worth. All babies are equal in value and worth and it’s only through our thoughts and experiences that we move away from it.     Self-worth is the foundation to confidence and is the measure…

Last week I was invited to be on the expert panel for the press launch of a report about ‘Why Diets Fail’ sponsored by XLS Medical. Having read the report there were some really interesting facts about diets: 72% of us have tried a diet this year and a third have tried two or more…

I remember back in my school days (and yes it was a few decades ago!) That I was told to work hard, to push myself to achieve higher results. The expectation seemed to be that I would always score highly in exams and that of course, I wouldn’t let my, teachers and parents, down….

Have you ever wondered what a Life Coach does? My colleague Life Coach Carol Ann Rice has put together 12 great  points to  explain it to you. 12 Things You Never Knew About Life Coaches; We don’t give advice. We coach people to find their own answers in a way that feels right for them….

How a ‘Worry Period’ can reduce your anxiety Worrying is a natural and normal part of everyday life, however if you are a chronic worrier, you will find your mind is constantly racing. Even if you try to ignore the thoughts, distract yourself or be positive they often stay in your head. You may also…

Last week I lost my mobile on a girls night out and despite ‘find my iPhone’ and calls and visits to everywhere I’d been, there was no sign of it. Having spoken to my mobile server and insurance company, my mind then went straight into fast forward to imagine the worst….. Whoever found my phone…